This is a sci fi visual novel intended to hypnotize you with suggestions/triggers and a bonus QnA at the end. For those not familiar with hypnosis, the game is suppose to relax you and make you calmer (think of it similar to a guided meditation app but with a science-y theme)

It seems you signed up for an experiment at a lab testing the effects of mind control. The experiment is led by a rather calm yet eccentric doctor named Voldritch who will help you through the experiment and ease your mind leaving you, well, mindless.

The web version runs a bit slower depending on your computer/internet so there's always the downloadable options.

Made by me and with help with my friend Chef.

next game in the series: https://bloofbloof.itch.io/lavender-labs

If you want more voldie, I have a comic series: https://www.webtoons.com/en/challenge/bloof-comics/list?title_no=485655

VERY fuzzifying, though I did play this immediately after Nyx Gaming's Fraction8, which had me a little... open-minded to start out with. The trigger phrase dropped me pretty good the last couple times it was mentioned, though, and I could've done with one more count-up afterwards. Also, maybe it's just my experience with other audio-based stuff, but I did find it kind of hard to keep my eyes open to keep reading! Either way, very fun and I think it has a lot of potential too.

Well I have a sequel if you're interested. It should be on my game page. Also that's kind of tmi :l

Heh, when i saw this i thought it was a story ABOUT hypnotism, but then i read that part with the heartbeat sinking with the music, and it was :0

Do you mean the QnA at the end or the count up he does to wake you up?

This is honestly the closest that I've been to going under ever, I tend not to be relaxed by them but this somehow was all right. Will probably use it again when I need a boost.

I'm glad voldie could cheer you up!

This was cute! I loved it. Still, the one game that put me in the most hypnotic state is "Loved". Actively obeying simple instructions help with the hypnosis.

Well everyone has their own preferred induction method. Maybe next time i'll add something new. What is loved? if its nsfw game I guess i'll pass lol

It's a flash game. Not nsfw but gaslight-y.

Dang, I went deep. Thanks!

Replayed the game after not playing it for some time because i had a rough day and remembered how good it feels.

Wassad it didn't work as well, and suddenly "stop and smell the roses"...

I guess it was a very good trigger for me!

Thank for the game, it helps me relax

It's a good game, really good one. I wanna do this in real life, it sounds fun! I wanna be hypnotized and this is one of the only games that gets close to that. It never really worked though..

While I was Way Too Internally Defiant for this to actually work on me (partially due to the fact that as soon as I read the word "villain" my inner villain kicked in immediately trying to be like "HAHAHA I AM THE SUPERIOR VILLAIN" but also because I absolutely suck at focusing, much less focusing on anything that ISN'T the text in general haaah...] I absolutely enjoy Voldritch as a character and I must admit I was slightly tempted to be like "YO YOU WANT A LAB ASSISTANT" due to... well, inner villainous dreams I suppose but like... the inner "defiant overlord" said "No." He has a very nice lab coat, I will say. I think I will also put some blame on the fact that the Katamari Damacy OST was stuck in my head and honestly that stuff is a super good repellant. Why am I reporting back in paragraphs...?

Maybe it worked a little after all. Just in a way that doesn't properly express itself. Experiment failed successfully.

EDIT: Oh, yes, experiment failed successfully indeed, I DO have something of a positive association with this game despite my mind, the entire time, screaming expletives at Dr. Voldritch for no valid reason. Mostly because he's such an interesting character... right? I hope. I will admit the hypnosis concept did make me a little anxious but in any case, Experiment Failed Successfully, Results Very Unexpected on Both Ends but otherwise A Good Run.
EDIT 2 BECAUSE I'M A FOOL: Oh, don't remember if the word villain was uttered in-game but my friend who introduced me to this told me it involved villainy but I myself was not the villain in question in the story's narrative so thereby my mind went into "ASSERT DOMINANCE... DO NOT GET HYPNOTIZED..." and, uh, maybe I was a little anxious but we can disregard that because I've learned yours is the relaxy type of hypnosis... Which I might be more receptive to at some point if it weren't for the fact that I JUST WANT TO ASSERT VILLAINOUS... UH, coolness, I guess.

Sounds like you had a blast! haha. I dunno if you played Lavender Labs but I added a section in the beginning for people to get more familiar with hypnosis if that helps. This game was for more people familiar with it haha

I intend on playing Lavender Labs sometime soon! My thoughts based on what I know from my friend and looking at the page is "HE BUYS YOU COOKIE?!?" and "wow whenever it says 'run lavlabs' all I can think is... laboratory labs??" Which are good, I think.

aaaa wait on that last comment i meant LAVATORY LABs aijfsbgudsijgids. on the "only thing i could think." Curse my tired brain and it probably making a portmanteau between lavatory and laboratory hhh. Expect a comment on that after I play that.

Play it several times, about 2-3. I think its easier with a skip function.

It's worth it due to how fucking hilarious it is.

since its a visual experience largely, i think text and images might come across better in something visually similar to the silver case. either way brains fuzzy n im typing subvonsciously and i wanna hug him nd stuuf  :3

dr voldritch come back and let me love you

I am not going to lie I am slightly turned on. And I LOL a bit at some of the lines especially when I saw there were flirty options at the end.

One thing, I think, it's kind of counterintuitive how the dialogue box is at the bottom but the spiral is in the middle, cause he keeps being like look at the spiral, but you have to read the words. 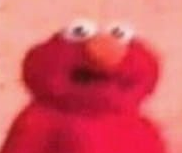 Gotta be honest, I love hypnosis and this character scared me at first, but I had a few laughs and found myself relaxing and enjoying it anyways. :3

Aw thanks. He's a spooky boi but soft on the inside.

Oh my. This one made me fuzzy.

As it should. Hope you enjoyed.

it looks like doki doki but a boy and a scientist.

and he's trying to brainwash OUR BRAIN?

he'll brainwash everyone's brain until everyone is very comfy.

f*ck u it works llololollolol

The pudding was the friends we made along the way

so you're telling me this... isn't a dating sim?

okay but real talk this was... the best hypnosis experience? like ever? uhhh thank you for making it!

Voldritch runs if you try to date him lol And thanks! I wanna add onto this more.

I found this game yesterday and loved it so much that I played it few more times. I'm amazed how well the hypnosis actually works and how amazingly likeable Doctor Voldritch is. This experience made me feel loved and that I should care for myself (IDK why, but discovered a feeling of self-worth with this).  This game is amazing and I hope you will find succes in the field of game development

That means so much to me! I produce a lot of hypnosis content to make people just feel happy and better for themselves. I also produce comics (featuring voldritch and other characters) and hypnosis videos on my twitter/youtube on top of games. So you can read lore or try until the next one releases since it may be a long while :o

those headpats had me falling in love with Dr. Voldritch

Aww that's wholesome. I am currently posting comics of him on my twitter if you want more voldritch content :D

omg yes i'm going to check it out immediately

would be cool if someone would voice Dr. Voldritch, I could do it but... I'm not at all a voice actor nor a native English speaker. so, probably not the best choice...

A few people mentioned that i'll keep in mind if the project ever becomes super big!

I'm available if you're ok with my normal voice and Non-native English accent. Will also do it for free :3

Well, that was a mix of adorable and trippy. I usually use audio files, but this works too. I was especially surreal to feel myself just... autoclick after a while. Nicely done. :3

Aw thanks! I hope to make a sequel eventually.

Wow, every time Dr. Voldritch said, "stop and smell the roses" I became knocked out for almost a minute until I had the ability to even click to continue the text. I was so deeply hypnotized and drowsy, but I think I would have gone into a deeper trance if the text was read out loud, that way we wouldn't have to keep our eyes open just to read it. I can't wait for more. So relaxxeedd....

Aw thanks! I'd love to have voice actors but thats money and a lot of work ;-;

wow! At first i thought 'is this a spooky horror game?' but in reality, what it was was really calming. i felt relaxed (despite clicking out every now and then to avoid being actualy hypnotised as i didnt know what itd do) but id totally play again to be properly focused to be really hypnotised

Aw thanks! No worries about hypnosis cause its mostly like meditation but more interactive (most hypnosis I make is focused only on relaxation). I added some suggestions but they stay within the confines of the story.

I'm really impressed.This game is amazing!!I have never thought that a game could give you such feelings ;I really felt relaxed,sleepy and empty.This game is truly the most creative and nicest game I have ever played.The only "bad" thing is that it's a little difficult to focus on the screen while reading the text,but it didn't bother me too much.

(sorry for my bad English)

Glad you liked it. I'll keep that in mind if I make a sequel.

This game is so surreal and calming! The visuals are nicely done and I love the funky music :> 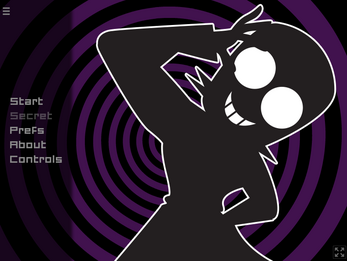 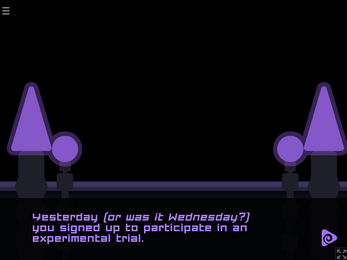 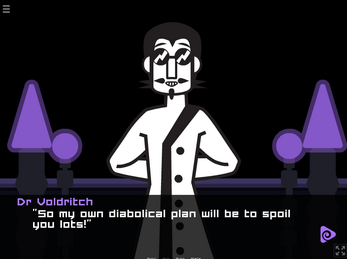 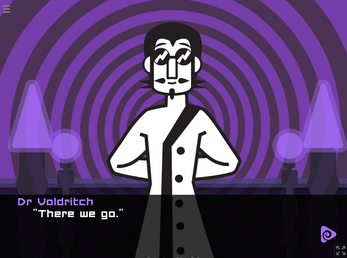 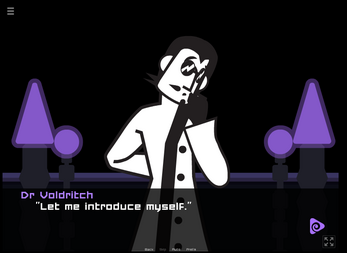 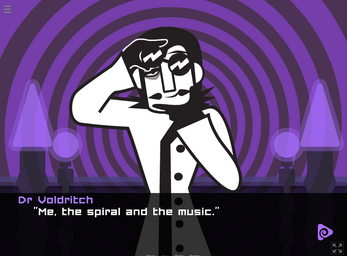